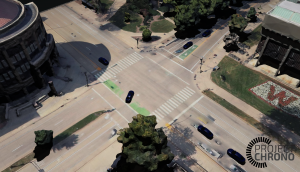 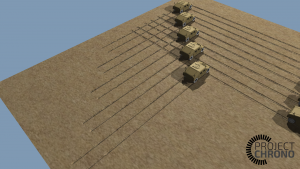 In the on-road scene, SBEL has several ongoing projects related to interfacing Chrono’s vehicle simulation with existing physical simulation platforms to enable research at the intersection of human and autonomous vehicle interaction. In an NSF-funded collaboration with two other UW–Madison labs aims to investigate the interplay between human and autonomous drivers – in particular the impact a human driver has on traffic flow when they take over control from a vehicle previous being driven autonomously. As part of this project SBEL has integrated SynChrono with a physical driving simulator located at UW–Madison, enabling a human driver in the simulator to navigate in SynChrono, interacting with other autonomous vehicles.

Further from home, the National Advanced Driving Simulator (NADS) at the University of Iowa maintains a large physical simulator, where a human driver inside a vehicle can drive and interact with a simulated world. An ongoing project is working to connect this physical simulator to SynChrono so that a human driver can drive and interact with autonomous vehicles that are generated by SynChrono. 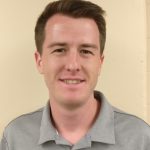 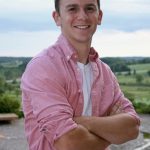 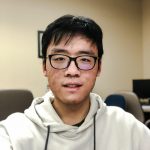 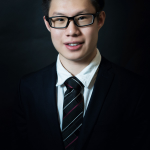