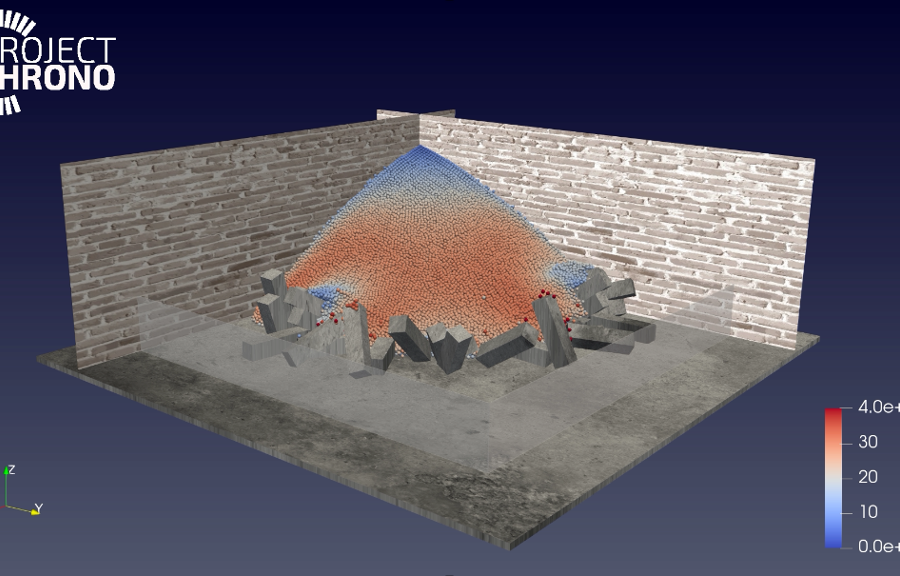 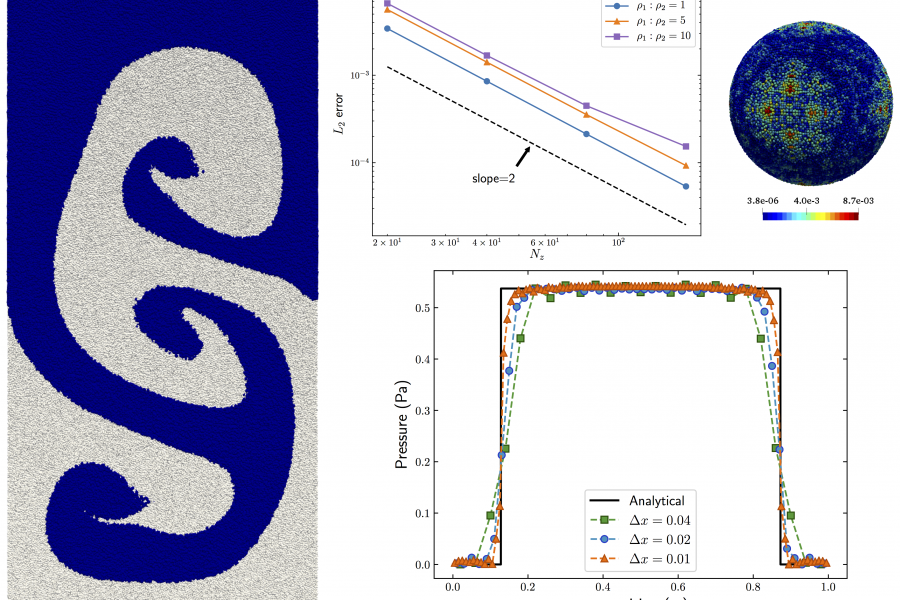 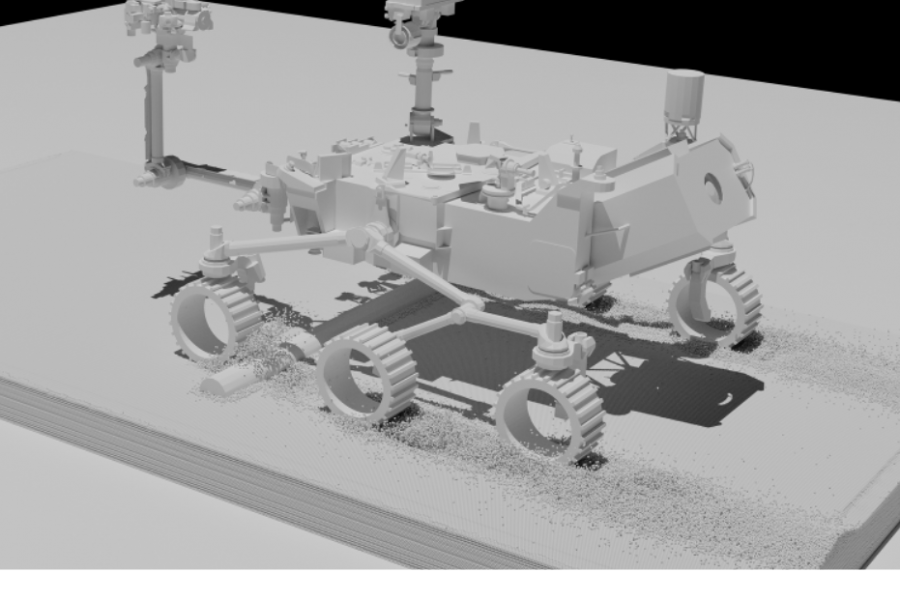 This is an accordion element with a series of buttons that open and close related content panels.

Synchrono: A Multi-Agent Simulation Framework for Robotics and Autonomous Vehicle Applications – SynChrono is a framework in which dynamic multi-agent simulations can be conducted to understand agent interplay and develop control algorithms in a safe and flexible environment.

High Performance Computing Framework for Co-simulation of Ground Vehicle – Terrain Interaction – To alleviate the prohibitive computational costs of a coupled simulation of the overall problem (resulting in a multi-physics, multi-scale dynamical system with millions of degrees of freedom), HPC co-simulation framework was developed which enables a decoupled simulation.

Modeling and Simulation of the RoboSimian Robot – Developed a Chrono model of RoboSimian, an apelike robot developed and built at NASA’s Jet Propulsion Laboratory. The goal of this project is to provide a simulation-based assessment of RoboSimian’s mobility characteristics over deformable soil and compare its performance in one of its four possible locomotion modes (driving, walking, inchworming, and sculling).

Quantum-Assisted Machine Learning for Mobility Studies – In this project we explore and provide a proof-of-concept approach to solving ground vehicle mobility-related problems on emerging quantum computing (QC) machines, in particular as embodied in the D-Wave quantum annealer systems.

Characterization of Xeon Phi with Linear Algebra Workloads – The efforts behind this independent study are to analyze how well suited Xeon Phi is for some frequently used linear algebra routines such as factorization and solvers. We are working with Intel MKL 11.1 on Xeon Phi based on KNC (MIC) architecture. The workloads under study include factorization and solving of dense and banded systems.

Continuum Modeling of Granular Material Flows and their Interactions with Solid Bodies – Outlines a continuous approach for treating discrete granular flows that hold across multiple scales  from experiments that focus on centimetre-sized control volumes to tests that involve landslides and tall buildings.

Modeling Multiphase Flows with Incompressible SPH on GPU – Incompressible multiphase flows with complex interface geometries are involved in many industrial and environmental applications. In contrast to the widely-used Eulerian approaches, as a Lagrangian method, SPH handles the interface representation naturally without the need for computationally expensive interface tracking techniques.

Fluid-Solid Interaction – Studying fluid-solid interaction (FSI) problems involves several aspects of scientific computing. Perhaps the more remarkable aspect is that in our group we use a Lagrangian-Lagrangian framework to tackle FSI problems.

Coupled Fluid-Flexible Body Investigation Using Chrono::Fluid– The interaction of fluid-flexible bodies was studied via a Lagrangian-Lagrangian framework. The dynamics of the two phases, fluid and solid, are coupled with the help of Lagrangian markers, referred to as Boundary Condition Enforcing (BCE) markers which are used to impose no-slip and impenetrability conditions.

Accelerating Nonlinear Finite Element Formulations for Multibody Dynamics –Formulations have been developed for integrating nonlinear flexible bodies within multibody dynamics frameworks, of which the runtime performance is slow to the point where their usefulness is questionable. In this project, we used software optimization techniques and new numerical techniques with the goal of producing speed-ups of 1 to 2 orders of magnitude.

Distributed-Memory Granular Simulation – The project focuses on expanding the capabilities of granular simulation to include simulations with numbers of bodies on the order of billions. In order to do so, the simulation is broken into a number of smaller, mostly-disjoint sub-problems that can be solved each on a separate node of a computing cluster with minimal communication between nodes.

Representing Fluid Dynamics as a Rigid-Body Dynamics Problem with Friction and Contact – The purpose of this project is to understand if fluid motion can be accurately represented as a large collection of rigid spheres. Fluid motion is traditionally modeled using the Navier-Stokes equations, whereas rigid body motion is governed by the Newton-Euler equations. This work attempts to achieve a high-resolution representation of a continuum problem using bodies interacting via frictional contact.